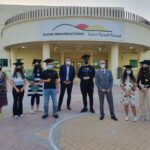 Baroque concert at the German School 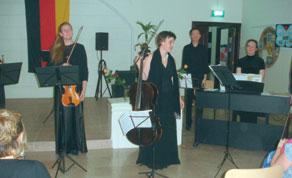 Members of the Baroque Ensemble with founder of the ensemble, cellist Katrin Meingast, centre

A concert of baroque music by the Baroque Ensemble and the Bach Choir Doha was held at the German school on Sunday evening, and was met with what was possibly the most prolonged and enthusiastic applause ever heard at a classical concert in Doha!

Founded by cellist Katrin Meingast, who hails from Dresden, the Baroque Ensemble includes some musicians who are also members of the Doha Philharmonic Orchestra.

Keeping to three great baroque composers, Handel, Telemann and Vivaldi, the concert opened in style with Handel’s Suite in D Major for Trumpet and Strings, known at the time of its composition as ‘Mr Handel’s Celebrated Water Piece’, trumpeter Philipp Rebmann providing a masterful performance.

The piece was cobbled together by Handel’s English publishing house from various sources, including a theme from an opera, but none the less delightful with its boisterous, upbeat air and plenty of opportunities for trumpet virtuosity.

After this bright and breezy start to the evening the performers turned to the more serious and contemplative ambience of Telemann’s Sonata No. 4 for strings, with cellist Katrin Meingast and

Following a performance of the Concerto in D minor for oboes and strings, by the ever-popular Vivaldi, it was back to Handel’s Sonata no. 2 for two violins and basso profundo, provided by harpsichordist Deborah Armstrong.

During the second half of the evening the audience enjoyed a superb performance of baroque choral music by just fifteen singers, accompanied by both string and wind instruments. A cantata, one of almost 200 composed by JS Bach, was sung in the original German, with outstanding solos from soprano Anna Dietrich, tenor Marshall Nannes and bass Ian White, conducted by Christoph Schmitz.

Although owing to the size of the room only a relatively small audience was able to attend the concert, the numbers were more than compensated by the enthusiasm of their applause. This was the third performance by the recently-formed Baroque ensemble, and organiser Katrin Meingast hinted that there are ambitious plans for an outdoor performance ‘in the desert’ before the end of the year. 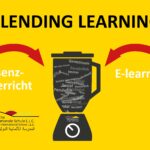